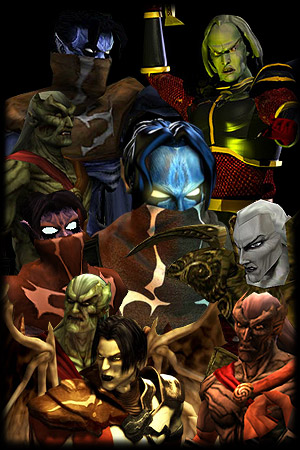 The Legacy of Kain series includes, to date, five games:

A sixth game - Nosgoth (2013) - draws upon and can be included in the Legacy of Kain canon, although it is intended to stand apart from the main series. Set in an era shaped by Kain's decisions and rule, it shares the same world and history as the main series. However, Kain himself is absent, and his personal story isn't being told.

Across the games, there are some common elements that unite them. This section contains pages where these elements are presented together, for comparison, and also to establish what we know about Nosgoth's mythology, taking all the games into consideration.

It's also a place to put any information that doesn't strictly belong to a single game.